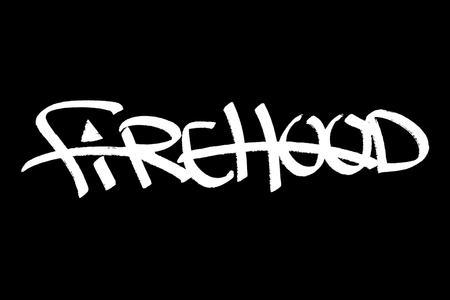 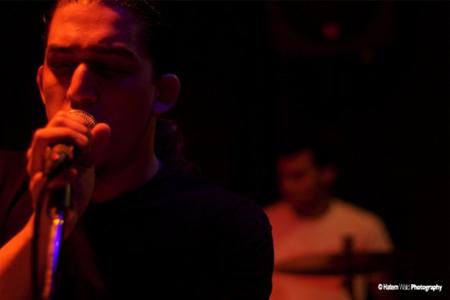 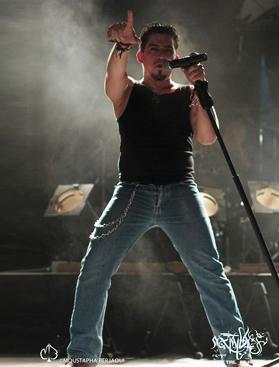 Also in mid-2011, Adham formed Spunky Dynamite, a new band with the ex-Skin Deep members and Ramy Samir (Drummer). The members shared a unique chemistry and wanted to enjoy performing groovy, funky and dance songs. The band debuted at the Cairo Jazz Club and rocked the house. With a groovylicious set and the support of the Cairo Jazz Club Agency, Spunky Dynamite gained quick recognition in the nightlife scene in Egypt. Although Spunky Dynamite began as a cover band delivering Funk, Soul, Disco and Dance floor hits, Adham proposed they perform original material. The members were pleased by their audience's reaction to their first original track, Groove Along.

Adham Roshdy worked on bringing back Bullets in Jeans on stage, with Gamal Fahim (Drummer) and Mohammed Mallawany (Bassist) joining the band. The group hit the studio a couple of times but several side projects stalled the process and eventually the band remained inactive.

Being always inspired by jazz and blues artists like Ray Charles, Ella Fitzgerald and Nat King Cole, Adham decided to explore the world of jazz music more. In 2011, he organized a funky jazz project called Slick Mob. The show's positive impact, motivated him towards taking more serious steps down that path. By 2013 he joined forces with the a local jazz group called, Wave Jazz Band and together they formed the funky jazz project, "Adham Roshdy & The Wave Jazz Band".

The project gained quick recognition in the scene and has been performing across all reputable venues and stages, hosting live jazz music in Egypt. And in 2016, the project officially participated in International Jazz Day.

Watson and Adham, even sometimes perform special shows with Watson on Guitars, Ezz Shahwan on Bass and Adham on Vocals. The trio show, is called as "AWE".

In 2016, Adham decided to put Spunky Dynamite on hold and he started a new Hard Rock band, Firehood. Rock music being his primary passion, he felt he shouldn't waste time by not starting a new Rock band. Across the past couple of years, Adham was lucky enough to meet two wonderful musicians with phenomanal energies; Marwan Wahid, drums and Nelly Cassis, vocals.  In mid 2016, Adham called Rami Sedki and told him about starting a new band with Marwan and Nelly. And in a matter of a week, they were in the studio playing rock music. They soon called Sherif Elias, a rockin' keyboardist. The members shared this genuine  passion for music and positive bond together, whether during playing or just chilling around; hence the name, Firehood.

In 2017, the band announced replacing Nelly with Malak El Masry. A few months later Malak left the band, with Adham becoming the vocalist and bassist of Firehood.

By the mid 2017, Adham Roshdy was speaking with Sherif Watson (Guitars) and they both decided to start a new band together. Calling on board Hisham Galal on synth and Marwan Wahid on drums, Vintage Volt was formed. The electronic band performs NeoFunk and Pop, adding an EDM twist to classic and modern hits!

During 2017, Adham Roshdy formed a Funk & Pop trio called AWE, along with the amazing guitarists, Sherif Watson and Ezz Shahwan

Adham Roshdy has been working on more of his original material, that he either releases online or performs with the bands. 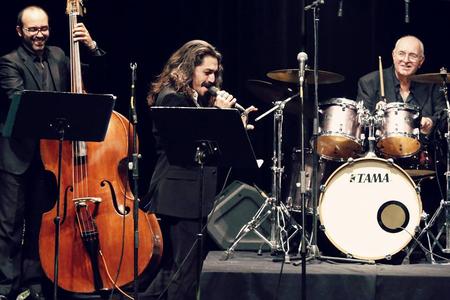 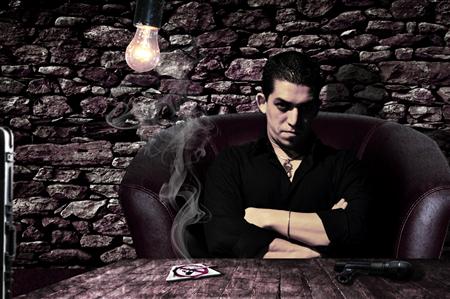 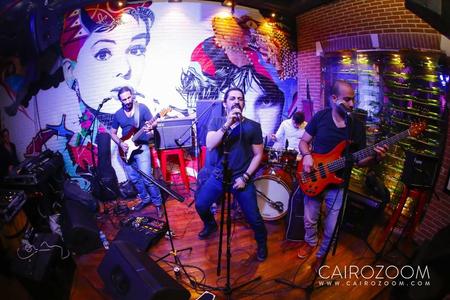 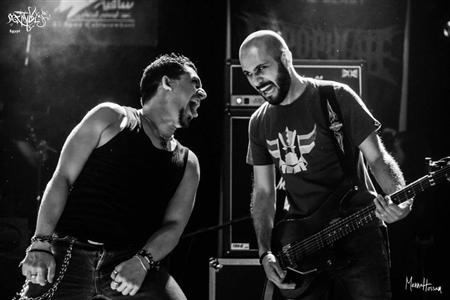 Adham had a desire to write Funk Rock songs and compose music in 2011. He released Get the Funk on youtube, which was different from any music material he had written. He was pleased from the positive feedback and motivational support that he received from his fans, friends and family. A few months later, he released another song titled She Ain't the Girl and the feedback was even hotter. Featuring Rami on both of the tracks, he released another song called Catwalk in the Gutter, which featured an ex-Helium guitarist Karim Youssef along with Sherif Watson. Adham felt even more grateful for technology as Karim recorded his solo all the way in the US.

He has always been enjoying writing songs and music for bands. As for non-lyrical music compositions, Adham's father played a crucial role in boosting his understanding and embracing of such direction. The reason why Adham wanted to compose non-lyrical material is that he's always wanted to compose soundtracks for shows and films. And after releasing his first demo online, renowned artists like the international jazz vocalist, Michelle Rounds, motivated him to pursue becoming a film and movie music composer.

A year later, Adham and ex-Helium members met Sherif Watson (Guitarist), who revealed the magnificent beauty of the roots of music, the Blues. Having performed together in several projects, they decided to bring back Helium, but this time performing Blues and Blues Rock covers.

During this period, Adham was fascinated by a Heavy Metal original by the local band The Wyvern, called Sex for Sale. Though Adham has never  been a fan of the bands that were covered by The Wyvern, he found their original tracks intriguing. In 2006, he was approached by The Wyvern members asking him if he would join the band; Adham didn't hesitate. Together, they started writing more original material and performed at the best festival supporting independent and underground music in Egypt, SOS music festival.

The highly-equipped festival, founded and organized by Ousso (renowned Egyptian guitarist), gave independent musicians the opportunity to perform their songs to thousands of people of different age groups and music preferences. The positive reaction that The Wyvern received from the festival's audience encouraged the band to take it to the next step and record an album. Unfortunately, Adham had to quit the band in 2007 due to a vocal injury that took him around a year to fully recover from. In 2008, Adham rejoined The Wyvern and entered the studio to record the vocal lines on The Clown. Finally, together they managed to produce and release their first album, which was also the first licensed and commercially sold Heavy/Thrash Metal album in Egypt. In the same year, Adham joined The 19th Band, a Rock cover band in Egypt formed by Ousso.

In 2010, Adham wanted to reunite with ex-Helium members as he missed the spirit they shared together. With Rock music taking over Rami Sidky and Adham's minds, Adham proposed that they form a Hard Rock band along with Ezz Shahwan, Sherif Watson and Ahmed Hesham, performing mainly original and rearranged material. The boys welcomed the idea and Bullets in Jeans was formed. The band's debut received great feedback and gave the band members a push to focus on writing more material. In the same year, he also started performing duet shows with a guitarist, alternating between Sherif Watson and Rami Sidky.  Adham wasn't open to this idea before, but it turned out to be an enjoyable music experience.  The show has gained immense popularity among venues all over Egypt.

Vocalist/Songwriter Adham Roshdy has a distinct sound, which he credits to being influenced by Rock, Blues, Funk and Jazz. No matter which of his bands he plays with, his iconic voice and compositions can be recognized anywhere.

Born in 1983, Adham was guided towards the path of music by his father, Hassan Roshdy, at the age of 8. His father,  a musician, taught him singing and later on how to play keyboards.  Adham has  looked up to him not only as a music mentor, but also as a major music inspiration. Up until 1997, Adham's early years of singing were mainly participating in choirs and school solo performances.

In 2001, after moving to Egypt, Adham Roshdy entered the local music scene by joining forces with guitar virtuoso John Henry. Together, along with Ahmed Hesham (Drummer), Ezz Shahwan (Bassist) and Mohammed Adel (Guitarist), the Egyptian Rock/Metal band Helium was formed. The band made a quick breakthrough in the Rock and Metal scene in Egypt.

In addition to writing songs for Helium, Adham decided that he also wanted to write songs in a different music direction, without the intention of performing them live. He recorded a non-commercial EP, titled The Silent Experience, which featured John Henry on two tracks: A Psycho's Dream and Crazy Planet; Abdel Hameed (Bassist) on the former and Rami Sidky(Guitarist) on Facing the Truth. The EP's music direction followed what Adham refers to as New Age. Even though he had recorded the album as a mere musical expression, the support Adham received from his family, friends and fans encouraged him to focus on composing more of his original material.

He then got introduced to the Egyptian Jazz scene after meeting the renowned Egyptian drummer, Hany El-Azhary in 2005. Growing up, Adham had always been fond of Blues and Jazz, but hadn't actually taken a step towards performing such a profound genre of music; this is where Hany came in. At first, Adham used to meet up frequently with Hany, where he got familiarized with the concept of performing jazz. Hany began teaching him standard tunes and exposing him to the art of scatting. He then began featuring Adham in several live jazz shows in Cairo.

In addition to performing in several jazz projects, Adham joined another band in the same year with a totally different music direction, Skin Deep. He had his foot set in the underground music scene, but wasn't yet well-recognized in the Nightlife scene in Cairo. But by joining Skin Deep, they began delivering shows across the country. The band mainly covered Latin Rock, Rock n Roll, Disco and Funk. Skin Deep's bandleader and drummer, Amr Youssef, also played an important role in expanding Adham's horizons in terms of genres performed.